With the word love we can understand a wide variety of different feelings and attitudes, which can range from a more general form of affection to a strong feeling that is expressed in interpersonal attraction and attachment, a passionate dedication between people.
The symbol of the heart, so engrained in the common imagination because of its simple and stylized shape, recalls love, passion and desire, but it actually has an origin which is not so clear. There are many historical references to the same symbol, which has archaic roots and which crosses various places, peoples and cultures.
The meaning of the heart as a symbol connects to the idea that people had of the pulsating human organ, which is considered the center of the mind and its emotions. Looking closely at the symbol, however, it turns out to be very far from the physical manifestation that the human heart has.
When our heart is broken, we feel only the pain of the break and that which is broken can take on a new form.

Art is something personal; it′s something that each of us has inside of us in our own way. It can create worlds and lives that didn′t exist before and can even save the ones that exist but have not been accessed. Creating is an outlet, an escape from the real world.
In art, every artist finds liberation, so Lina too took her brokenheartedness and channeled it into her art. She exhibited her wounds, leaving them exposed, and she made her scars into something beautiful to be exhibited because they are what tell her story. Pain is a great source of energy, if exploited in the right way. Torment is a seed that can generate incredible art if you let it germinate. Through her art, Lina found a way to heal her broken heart. Art has allowed her to access a light where she thought there was only darkness. 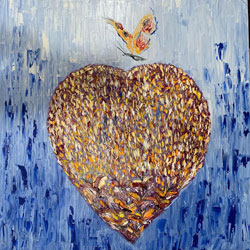 in the blue of peoples and worlds - dreamer of beauty and candor, - there I placed my loves and hop 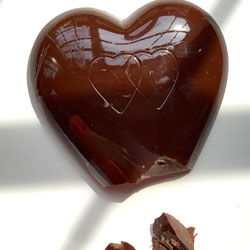 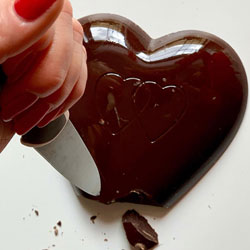 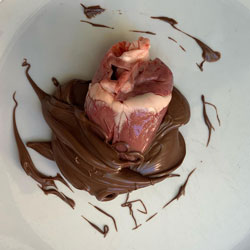 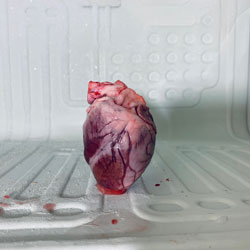 Heart Back in the Freezer 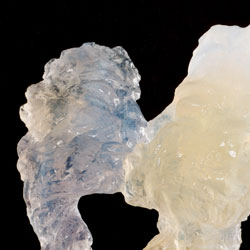