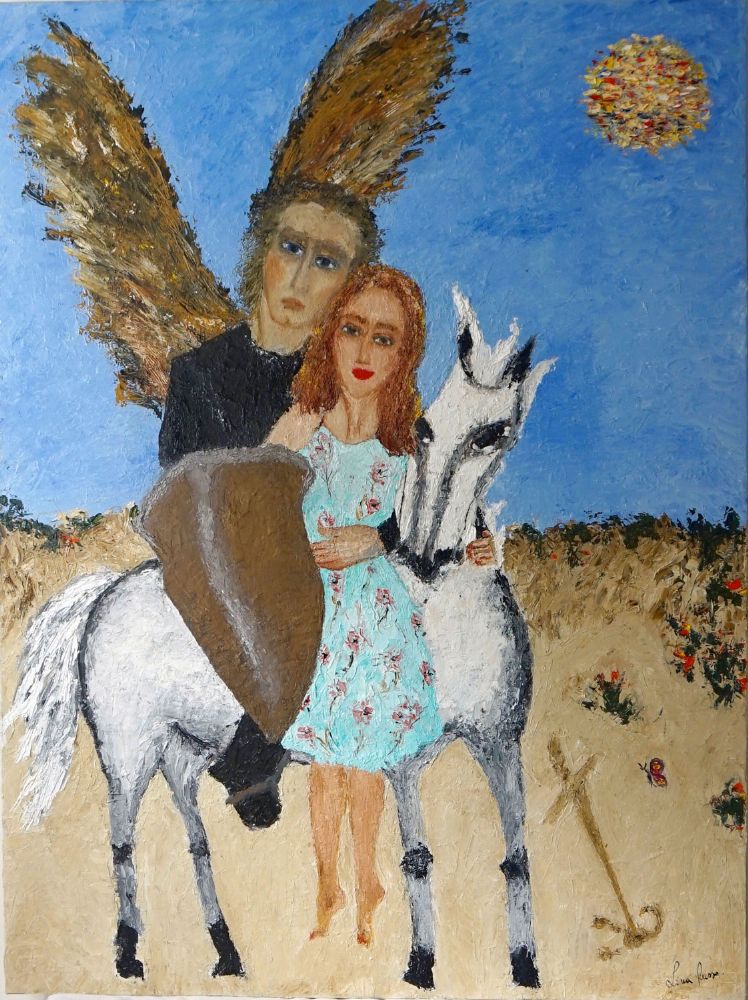 This "San Michele e la sua ancella" is beautiful, but what does it reveal? What will it one day reveal? Is it inspired? Will it inspire?

The beauty and power of this work of art are indeed in its revelations, which are found in the gaze of the servant and her angel, their embrace, their posture, in the shield, in the stance of the steed.

Is the servant in the embrace of her protector, with whom, on the powerful steed, she and he will take on the world? Do her eyes suggest magnanimity and kindness towards her foes, or ruthless destruction, or both? Are they content in each other′s embrace, at peace in a turbulent world, or do they burn with desire, not only for the other, but to vanquish all who come before them?

Is the angel saving his servant, or is he at her mercy, or both? Is the shield there to protect, or to hide that the servant holds the angel′s manhood and soul in the grasp of her hands, or both? Is she his servant, or he hers? Is he an angel, after all? Or is he reduced to a mere man mesmerized under his servant′s mellifluous enchantments? Is she who is empowered by him, or it′s the angel who has found his raison d′etre in her?

This magnificent work reveals insights to all who deign to observe it, and its power is in the immediacy and vulnerable transparency of the insights it reveals. It′s a work whose meaning is likely to evolve and remain relevant for so long as there is man and woman.

Send me an email about this work for more information